Something was wrong. The technician at the doctor’s office in Charlotte, N.C., was performing the ultrasound, when her entire demeanor changed. She said excuse me, placed her ultrasound wand back on the machine and left the room.

My husband and I panicked, thinking this must be bad news. We had used IVF to conceive our two-year-old son, and from that IVF cycle we had two frozen embryos remaining. Right before our son’s second birthday, we decided we wanted to add to our family, which included two older children as well. We’d returned to our reproductive endocrinologist who recommended that we transfer both of the frozen embryos due to their poor quality. He told us not to expect too much, and even sent the prescriptions to the pharmacy for us to begin our next IVF cycle.  But those little embryos worked, and 12 days after the embryo transfer, a blood test confirmed the pregnancy. My HCG level was extremely high, which could sometimes — but not always — indicate multiple babies.

Now, the technician returned with the physician, and the scan began again. “I’m sorry,” the doctor said with sorrowful eyes, “but there are four strong heartbeats.”

I was in shock and my husband just began to laugh. The doctor took us to her office and explained how high risk a pregnancy of quadruples is. She spoke to us about selective reduction, but that wasn’t anything we wanted to consider, so we began to look for an obstetrician who was experienced in higher order multiples.

My kids were excited the moment we told them about the four babies. It may sound cliché, but our kids are each other’s best friends, and we are an extremely close family. They began daydreaming about whether the babies would be boys or girls and what it would be like to have four newborns in the house.

Being pregnant with four was not that different from my previous singleton pregnancies. In the beginning, I didn’t have much of an appetite, and toward the end, heartburn and mobility became challenging.

It was amazing to feel each of those four babies moving at once. And toward the end when I couldn’t see — much less tie — my shoes, turnover in bed or get up from sitting on the floor, I had to make a conscious decision every day to choose joy and gratitude. This was a finite period in my life, an experience most will not get to have, so I cherished every moment as best as I could.

Because I was a high-risk pregnancy, I initially saw my doctor every two weeks. At each appointment, I was given an ultrasound so we could check on the growth of babies A, B, C and D.

When I was about six months pregnant, my husband was offered a new position in Orlando. It was a great opportunity, and even though I liked my current obstetrician, we wanted to keep the family together. I had been to Orlando Health Winnie Palmer Hospital for Women & Babies years earlier during a vacation to Orlando when I had complications with my son’s pregnancy and spent a few days there. So now, it made sense to reach out to the hospital again.

I called Orlando Health Winnie Palmer’s High Risk OB and had my current OB complete a referral form and fax over my records. Ironically, after all of the efforts to coordinate care, when I arrived for my first appointment at 29 weeks, I was admitted to the hospital and stayed there for the remainder of my pregnancy!

All along, I had the goal of carrying my babies for 34 weeks, and every day the wonderful doctors from the practice came by to see me. It was a running joke about just when I would deliver. During my final week of pregnancy, I was followed very closely by Neeraj Nishith Desai, MD. Each day, he came in with his calm, thorough and reassuring demeanor. Finally, on the last day of his rotation, he saw something that was a bit concerning on my daily biophysical profile. He came in and did an ultrasound and studied baby D for what seemed like forever.

He finally said that baby D is having decels, or a deceleration in his heart rate, so we should deliver today. Dr. Desai took the time to speak with my husband and calmed his fears as well. If anyone else had delivered the news, I may have been a bit more nervous, but not with Dr. Desai. He assured me that everything was going to be fine, that I would be OK and my babies would do well.

We went down to the pre-op area. I signed consents and got an additional IV, then the anesthesia team administered my epidural. My husband was by my side when the doctors came in and explained just what would happen. We met a representative from the neonatal intensive care unit and then we were wheeled into the operating room. When we arrived, it felt like a party! There were so many people waiting to care for me and my babies.

Someone called a “timeout,” and everyone introduced themselves. After that, the action began. It was about 10 minutes from the initial incision to the first cry. There was a clear drape, and the anesthesiologist pointed to where I could look to see the baby. From then on, there was a baby every minute! The anesthesiologist helped us get some awesome photos, and the babies were doing so well that my husband was able to take a picture holding all four babies. Baby A, Charlotte Rose, weighed 4 pounds; Baby B, Bettye Amina, weighed 4 pounds 1 ounce; Baby C, Julius Golden-Ali, weighed 4 pounds 9 ounces; and Baby D, John Paul, weighed 3 pounds 15 ounces.

Life with Quads and More

I stayed at Orlando Health Winnie Palmer for three days after delivery, and my babies stayed for 27 days. The hospital staff was amazing. The nurses on the antepartum floor and the NICU have become extended family members!

During the time the babies spent in the NICU, the nurses developed a schedule where the little ones ate every 3 to 4 hours. Now that they are home, we pretty much stick to the same schedule. They came home on April 3, the day before my birthday. Best of all, they each weigh between 7 and 9 pounds and are all perfectly healthy! Our family of nine is thriving, and I am so glad I had the support and care of the medical team at Orlando Health Winnie Palmer. 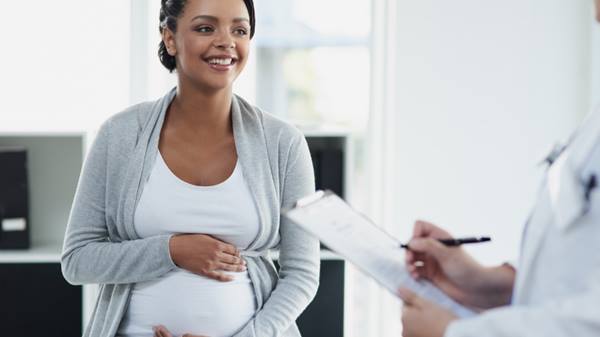 Having a Baby With Us

Get all the details you need to plan and prepare for your delivery at Orlando Health Winnie Palmer Hospital for Women & Babies.

Learn More Here
How Pregnancy Affects Your Teeth (and What to Do About It)
After Pregnancy: The Forgotten Fourth Trimester 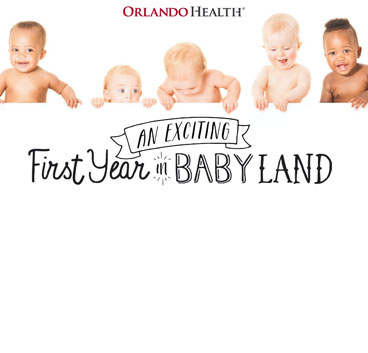 Information will update every 5 minutes. ER Wait Times are approximate and provided for informational purposes only. Estimated Wait Times as of: Saturday, October 24, 2020 1:26 PM