Questions to Ask Before a Hysterectomy

Many people are confused about what a hysterectomy is. If you’ve been told you need this type of surgery, it is important to understand what it is and what processes are involved.

What Is a Hysterectomy? 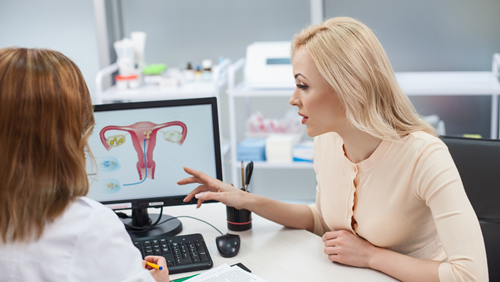 During a hysterectomy, a woman’s uterus and cervix are removed. It does not automatically include the removal of the ovaries or fallopian tubes. This is important to note because people often believe that a hysterectomy automatically leads to menopause. But since the uterus does not produce hormones, its removal alone will not induce early menopause (removal of the ovaries would do that). However, a hysterectomy does mean a woman can no longer become pregnant, since the baby would need to develop in the uterus. If a woman needed a hysterectomy and still wanted children, it is possible for her to harvest her eggs for fertilization and use a surrogate.

Why Do I Need a Hysterectomy?

Women who have very heavy bleeding during their period — particularly to the point of becoming anemic or needing blood transfusions — may benefit from a hysterectomy. Other problems leading to a hysterectomy include painful periods, fibroids, polyps, persistent concerns during Pap smears, endometriosis or abnormal cells in the cervix or uterus.

Hysterectomies are more common in women 40 years and older, as they begin to reach the end of their reproductive lives. Half of women are in menopause by age 51. Just like teens who are starting to get their periods, women at the other end of the spectrum can have heavier, more painful and less predictable cycles.

Women who have very heavy bleeding during their period — particularly to the point of becoming anemic or needing blood transfusions — may benefit from a hysterectomy.

What Are the Types of Hysterectomies?

A hysterectomy may involve removing:

Which procedure your doctor recommends depends on the medical reason for your hysterectomy. Because a hysterectomy can involve different organs, ask your doctor what specifically is involved in your proposed surgery.

How Are Hysterectomies Performed?

Hysterectomies are performed in one of three ways:

A traditional abdominal incision hysterectomy involves a large incision through the skin and the muscles r to reach the organ. A vaginal hysterectomy removes the uterus and any other organs through the vagina, eliminating the abdominal incision. A laparoscopic, or robotic, hysterectomy uses small incisions about the size of a dime that are made near the belly button. A tiny camera is inserted in the incision, enabling the surgeon to see inside and, using small instruments, perform the surgery, which removes small pieces of the uterus through the incisions.

What Is Robotic-Assisted Laparoscopic Surgery?

A laparoscopic procedure can be enhanced by using robotic surgery. Tiny incisions are made in the abdomen, but the surgeon performs the operation by using a computer to control the surgical instruments. This improves access to small areas, enhances the surgeon’s view, and allows for steady and precise movements.

Which Type of Surgery Is Better?

The vaginal and laparoscopic/robotic procedures are considered minimally invasive because they have no incisions or only small ones. This means the body has less trauma to heal from. Chances of bleeding are reduced as are pain and the risk of infection. Recovery time for an open incision hysterectomy can last six weeks, but for a minimally invasive procedure, recovery time is about two weeks.

However, minimally invasive techniques aren’t recommended for everyone. If the uterus is particularly large, for example, open incision may be the best method for removal.

Is Your Doctor Experienced in the Latest Techniques?

With minimally invasive surgical techniques gaining in popularity, healthcare consumers need to make sure their surgeon is well-versed in the different procedures. If a traditional procedure with an abdominal incision is recommended, ask if minimally invasive is an option. Also check that your surgeon regularly performs the technique. Perhaps you’re not a good candidate for a minimally invasive procedure, but if you are, you want to ensure your doctor is skilled in that area or can recommend a surgeon who is. Some hospitals, such as Orlando Health Winnie Palmer Hospital for Women & Babies, have been performing surgeries using robotic technologies for more than 10 years.

A hysterectomy is a serious surgery. Advancements and technology can improve how that surgery is performed, and translate into an easier recovery and less chance of complications for you. If you are facing a hysterectomy, it’s important to have a complete understanding of what’s happening, the underlying reasons and your surgical options.

Orlando Health has been designated an “Epicenter” by da Vinci technology representative, Intuitive Surgical. This designation was granted because of our excellent patient outcomes, superb safety record and our surgeons’ extensive experience performing a large number of successful robotic surgeries.

Information will update every 5 minutes. ER Wait Times are approximate and provided for informational purposes only. Estimated Wait Times as of: Thursday, September 23, 2021 3:47 AM