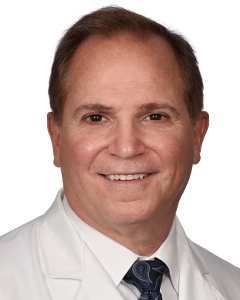 Women with pelvic floor disorders such as pelvic organ prolapse, urinary leakage, loss of bowel control and more turn to an experienced urogynecologist and pelvic reconstructive surgeon like Dr. Enriquez for the advanced treatment required to return them to a healthy, active lifestyle.

Whenever possible, Dr. Enriquez uses a minimally invasive approach to surgery to repair any damage and restore the urinary tract and vaginal support system. As a result, his patients typically have shorter recovery times and less pain.

A few of the conditions he treats include:

Dr. Enriquez earned his medical degree from the University of Minnesota, School of Medicine in Minneapolis followed by an internship in general surgery at University of Minnesota Hospitals. He completed his postdoctoral education with a residency in obstetrics and gynecology at St. Paul Ramsey (Regions) Medical Center in St. Paul.

Dr. Enriquez is certified by the American Board of Obstetrics and Gynecology, including additional subspecialty certification in female pelvic medicine and reconstructive surgery (FPMRS). His professional affiliations include the American Urogynecologic Society and Society of Urodynamics, Female Pelvic Medicine and Urogenital Reconstruction. His work has been published in peer-review journals, and he is fluent in both English and Spanish.

Previously, Dr. Enriquez was recognized as a “Top Doctor�? for five consecutive years in Minneapolis-St. Paul and currently by Castle Connolly.

Univ Of Minnesota School of Medicine

This is a comprehensive list of insurances accepted at Orlando Health hospitals, outpatient services and physician groups. Be sure to contact your individual insurer to verify coverage. Not all providers accept the same insurance. If possible, check with your providers prior to your procedure or appointment to verify coverage.

Information will update every 5 minutes. ER Wait Times are approximate and provided for informational purposes only. Estimated Wait Times as of: Saturday, November 26, 2022 8:25 PM