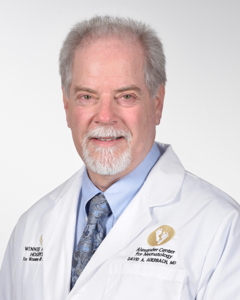 Dr. Auerbach is a graduate of Albert Einstein College of Medicine in Bronx, New York. He did his pediatric internship and residency training at Massachusetts General Hospital in Boston. Dr. Auerbach then spent three years at the NIH, National Institute of Child Health and Human Development before completing a fellowship in Neonatology-Perinatal Medicine at Duke University Medical Center in Durham, Dr. Auerbach was an assistant professor of Pediatrics at Duke University Medical School from 1982-1985.

A diplomate of the American Board of Pediatrics and Board-Certified in Pediatrics and Neonatal-Perinatal Medicine, he joined Neonatology Associates of Central Florida in 1985, to practice at ORMC. In 1995, he was named the Director of Newborn Services at the Arnold Palmer Hospital for Children & Women and head of the Division of Neonatology. In 2001 when Neonatology Associates merged with Pediatrix Medical Group, Inc. Dr. Auerbach was appointed Corporate Medical Director for the Orlando Practice. He earned his MBA from the University of Central Florida 2004-2006

Information will update every 5 minutes. ER Wait Times are approximate and provided for informational purposes only. Estimated Wait Times as of: Wednesday, February 26, 2020 2:54 PM