My name is Akosua Taylor and this is my story: 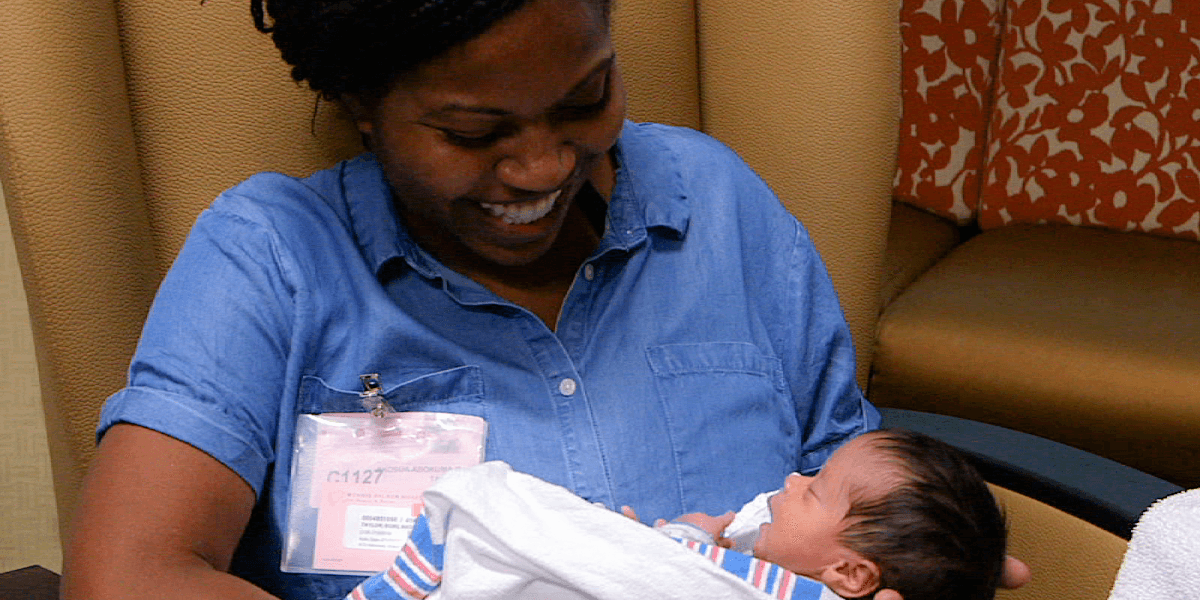 It was my 20-week ultrasound, and my husband, Fernando, and I were excited to find out the gender of our second child. But we could tell from the ultrasonographer’s reaction that something was not right. We were told: “Something looks different about the baby’s head, and the baby’s spine, and the baby’s feet, but we can’t tell you what’s going on. We just know something’s wrong.”

Of course, we felt panicked and confused.

That was on Friday, April 20, and the following Monday we got the diagnosis — our baby had spina bifida. The doctor I had been referred to said that I could have a normal delivery, and then they would do closure surgery on the spine after the baby was born.

Not really understanding all of what this involved, I began reaching out to the Central Florida spina bifida community through Facebook. I connected with a mom whose son was a patient of pediatric neurosurgeon Dr. Samer Elbabaa at Orlando Health. She had heard that Orlando Health was beginning to offer fetal surgery and sent me the contact information for the Fetal Care Center at Orlando Health Winnie Palmer Hospital for Women & Babies. By the end of the day, we had an appointment set up for the next week, on May 1.

The process involved a series of procedures, including an ultrasound, MRI and echocardiogram of the baby, and amniocentesis. When sat down and met with the multidisciplinary fetal care team, they told us about the location of the baby’s lesion and about fetal surgery — what it was and what it would mean for me. They were very clear that, regardless of what we decided, they would be there to support us. They assured us: “If you choose fetal surgery, and you think this is the best option for you and your family, then we’re here to support you along the way. If you choose closure after delivery, then we’re here to support you with that as well.”

At first, when I learned I would be the first to undergo in utero spina bifida surgery at Orlando Health, I wasn’t sure about going through with it. But after learning that Dr. Elbabaa had performed the procedure 60 times previously, I felt better. And having met with the team several times — including Fetal Care Center coordinator Diane, Dr. Elbabaa and Dr. Cole Greves — and seeing how they worked so well together, it made me feel a lot better. They described it like a symphony. They all work together and everyone has their parts. I felt very confident in their knowledge and ability.

On May 23, when I was 25 weeks pregnant, I underwent in utero surgery. Even before the surgery, I wasn’t nervous. Maybe I should have been, but because I had spent so much time with the medical team, and they had answered all our questions and had explained everything very thoroughly, that put me at ease.

Everything with the surgery went smoothly. While the goal following surgery was for me to give birth at 35 weeks, my water broke early. They were able to keep me from going into labor for a few more weeks, but when the baby’s heart rate dropped suddenly, I underwent an emergency C-section. On July 10, 2018 — at a little over 32 weeks — baby Celeste entered the world at 4 pounds, 10 ounces. And when she was born, she cried and did everything a healthy baby was supposed to do.

After spending a few days in Orlando Health Winnie Palmer’s Alexander Center for Neonatology Level III Neonatal Intensive Care Unit (NICU) — the highest level of NICU care available — to make sure that everything was OK, Celeste was transferred to Level II care. I knew she was in good hands. 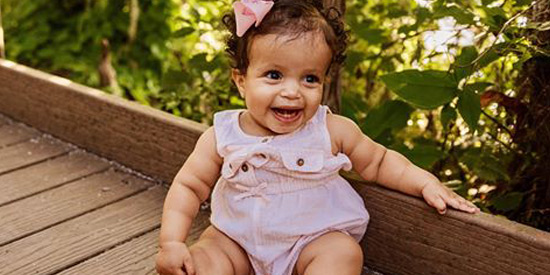 Often, babies with spina bifida require a shunt procedure to help drain fluid from the brain, but she is still shunt-free. Children may also have bowel and bladder issues, but so far, she’s good. Because of spina bifida, her feet are clubbed, so she’ll have to go through treatment for that. These are all things that will continue to be monitored. Celeste’s care will continue through the Spina Bifida Clinic at Orlando Health Arnold Palmer Hospital for Children, so we’ll continue to stay connected to Orlando Health.

It’s incredible what the Orlando Health team was able to do for us. It’s amazing that at 25 weeks, they could do this surgery on a baby that was still in the uterus, basically changing her entire life. We’ve been very fortunate in terms of how everything worked out and how the pieces came together in finding the amazing team at Orlando Health Winnie Palmer. We feel blessed.

Information will update every 5 minutes. ER Wait Times are approximate and provided for informational purposes only. Estimated Wait Times as of: Saturday, May 21, 2022 7:05 PM