My name is Erika and this is my story: 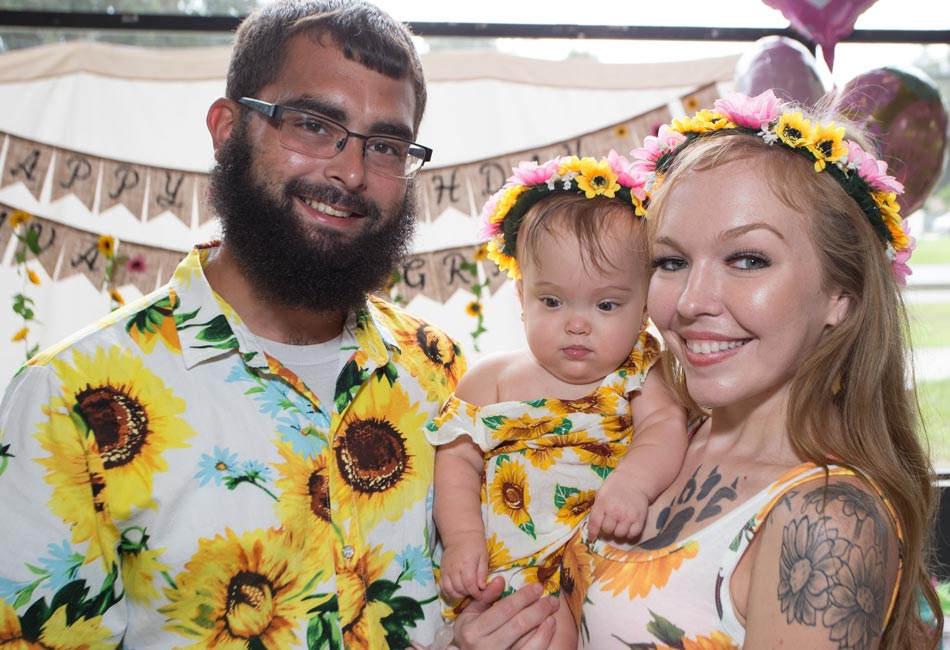 Although I was considered a high-risk pregnancy, I was having an easy pregnancy with my daughter Ava—no nausea and no heartburn. Ava was our first; I wanted everything to be perfect and it seemed to be going that way. Then, at my 22-week ultrasound, the doctor told me my baby had something wrong with her brain and her back. After several follow-up appointments and further testing, she was diagnosed was spina bifida.

I was scared. I didn’t know anything about spina bifida, and I didn’t want my baby to suffer. My husband and I sat down with the doctors, and they told us about the problems Ava could potentially have.

Spina bifida is a neural tube defect that occurs during the first month of pregnancy when the spinal cord does not develop or close properly. In that area, the spinal cord and nerves push through the baby’s back, forming a sac on the outside of the body that can make the baby prone to life-threatening infections. Spina bifida can lead to many physical disabilities, including problems with walking and mobility, bowel and bladder function, and the accumulation of fluid in the brain that could require a shunt.

My OB nurse told me about fetal surgery, which is surgery to repair the defect while the baby is still in the uterus. She told me that fetal surgery for spina bifida is not a cure, but studies show that those babies who are able to have the surgery while in the womb tend to have better results than those who have to wait until after delivery for surgery. My doctor didn’t know of any facilities in Florida performing the surgery, so I was looking at going to Philadelphia when I heard from a couple of moms in the local spina bifida community that Orlando Health had a fetal surgery program. I told my nurse, and she contacted the Fetal Care Center at Orlando Health Winnie Palmer Hospital for Women & Babies to see if my baby might be a candidate.

I did my research too. Although the Orlando Health program was new, and we would be the second to have the surgery here, I learned pediatric neurosurgeon Dr. Samer Elbabaa had performed the procedure 60 times previously, and I heard a lot of good things about him. That made me much more comfortable. After meeting with the Fetal Care Center doctors and finding out that Ava was a candidate for surgery, it didn’t take us long to decide to go ahead with the procedure. I was just 26 weeks pregnant.

Baby Ava was born on August 1, 2018. She was 10 weeks early — weighing 3 pounds, 5 ounces, and measuring 15 inches long. She was born breathing on her own and wiggling her toes. She has full reflexes of her toes, ankles, knees and hips.

I am so thankful I was able to find such great care close to home. The Fetal Care Center team took great care of me and my daughter. And, with all the time I spent at Orlando Health Winnie Palmer, both when I was in the hospital before Ava was born and now that she is being cared for in the Alexander Center for Neonatology (NICU), I really got to know the nurses, and they’re great. When they see me, they come up and give me big hugs.

In fact, the whole team at Orlando Health Winnie Palmer is like family. The Fetal Care Center still keeps an eye on us, and I still talk to Diane, the care coordinator, and Carissa, my ultrasound technician. All in all, I couldn’t have picked a better team. 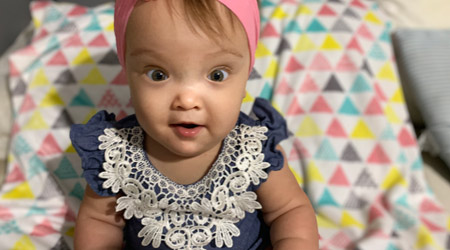 Information will update every 5 minutes. ER Wait Times are approximate and provided for informational purposes only. Estimated Wait Times as of: Wednesday, February 1, 2023 8:29 PM