My name is Eva and this is my story: 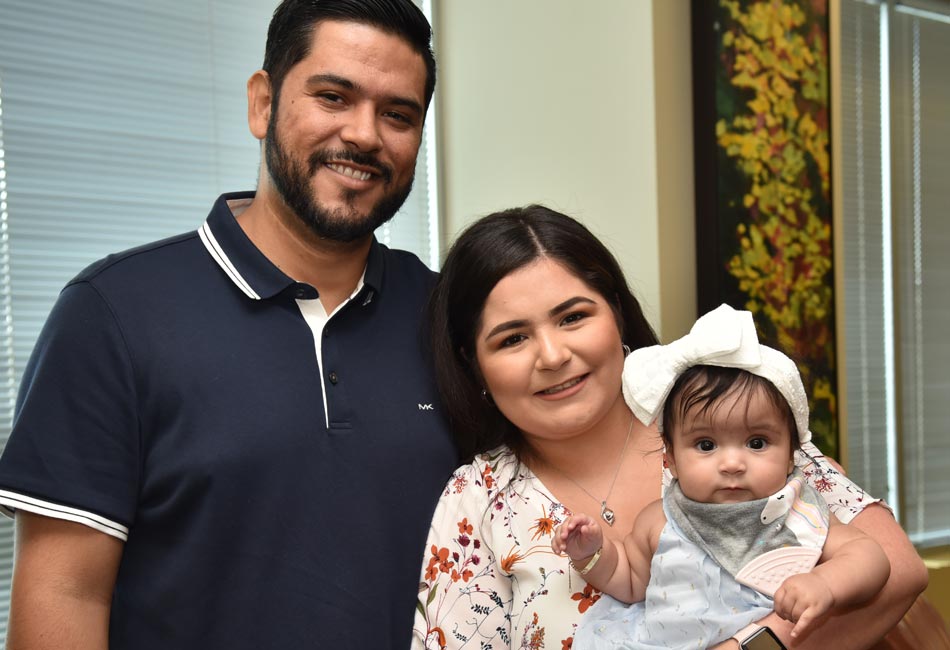 My husband and I were so excited when I became pregnant with our first child. Everything seemed to be going perfectly until, at 16 weeks, the doctor called on a Friday morning to give us my higher than normal AFP (alpha-fetoprotein) results, which could indicate a neural tube defect. The only thing the doctor told us was that there may be a hole in my baby’s body. I was very distraught and for many nights I woke up with panic attacks.

I was referred to the Center for Maternal Fetal Medicine at Orlando Health Winnie Palmer Hospital for Women & Babies where they did a more detailed ultrasound. Test results showed that my baby daughter, Mia, had spina bifida – a lesion in her spinal cord that could lead to physical and sometimes cognitive limitations. I couldn’t bear the thought of ending my pregnancy. I was told about a specialist, Dr. Cole Greves, with Orlando Health Winnie Palmer’s Fetal Care Center who might be able to help.

After further testing, including an MRI, Dr. Greves gave us two options. He told us I could either have in utero surgery to have Mia’s condition corrected while she was still inside of me, or have surgery performed on her after birth. He explained that in utero surgery for spina bifida wasn’t a cure but had shown to result in better outcomes than surgical repair after birth.

In order to be candidates for the in utero surgery, the mother and baby must meet certain requirements, and the procedure must be performed between 19 and 26 weeks of pregnancy. Fortunately, Mia and I met those requirements. At 25 weeks, fetal surgery was performed by Dr. Samer Elbabaa and Dr. Greves. I recovered in the Women’s Intensive Care Unit (ICU) for a week and then stayed at the Ronald McDonald House for another two weeks to recover fully. My husband, Adan, and sister, Lucia, took turns staying with me.

The staff at the Fetal Care Center were the best people ever. They were always in contact with me, making sure I was fine. The doctors and team there became like family to me.

I ended up carrying my pregnancy to week 37 and delivered my baby at Orlando Health Winnie Palmer. She was born on a Monday and we came home from the hospital that Friday. Back at home, I just had to change the dressing on her spine twice a day, and she couldn’t lay on her back for two weeks.

Today, at 6 months old, she’s doing great. She’s a happy, very good baby, like any other healthy baby. Her only issue is hydrocephalus which Dr. Elbabaa is monitoring to see if she could be a candidate for the ETV (endoscope third ventriculostomy) procedure, which is a minimally invasive procedure to drain liquid from the brain.

I don’t know what I would have done if I had not ended up at the Fetal Care Center at Orlando Health Winnie Palmer Hospital for Women & Babies. I’ll never grow tired of thanking them for what they did. I look at Mia and she is perfect, and it’s because of them. 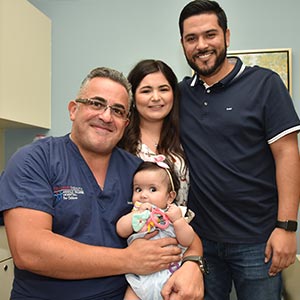 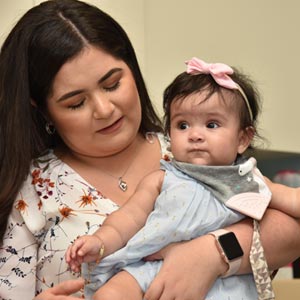 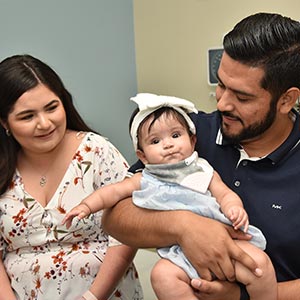 Information will update every 5 minutes. ER Wait Times are approximate and provided for informational purposes only. Estimated Wait Times as of: Wednesday, February 1, 2023 8:10 PM